Fariba is the founder of the Law Offices of Fariba Faiz, based out of San Francisco, California. Attorney Faiz is an experienced immigration attorney with a proven track record of successfully petitioning in the realm of investment immigration (E-1/E-2 visas and direct and regional center EB-5 projects), family-based immigration, and employment-based immigration. Fariba works with multinational firms and their employees and immigrant investors in partnership to transfer, intra-company, foreign personnel and their families to the United States. We partner with employers and employees in various industries including information technology, pharmaceuticals, biotech, finance and banking sector, hospitals and healthcare providers, architectural design firms, and educational institutions.

Fariba and her network of trusted advisors also provide consultations to potential investors and their agents on matters such as foreign direct investment; I-9 compliance. The Patriot Act and its regulations on foreign investments and blocked transactions proscribed by the Office of Foreign Assets Control; site location analysis and transfer of foreign employees; in-bound investment missions; International Tax Planning; Export Credit Agency (ECA) Project & Trade Financing; and Transfer Pricing, and consultations to employers on benefits.

Ms. Faiz is a graduate of Southwestern University School of Law in Los Angeles and completed her Bachelor’s Degree at University of California at Berkeley.

Ms. Faiz has been a member of the California State Bar since 1998. She is admitted to practice before the United States Federal Court of the Northern District of California, the U.S. Court of Appeals for the 9th Circuit as well as the Supreme Court of California. She is an active member of the American Immigration Lawyers Association and previously served on the American Bar Association’s Advisory Group. Ms. Faiz has presented continuing legal education courses for Sterling Education Seminars as well as the San Francisco Bar Association and events organized by groups such as the Iranian Trade Association, and the San Francisco Chamber of Commerce, Innovation Norway, Opinno and similar start-up tech incubators.

Founded in 1998, The Law Offices of Fariba Faiz are a trusted immigration law firm offering expertise in visa services. With over 20 years of experience serving a diverse range of clients locally in the San Francisco area, nationwide, and globally, we take pride in a reputation built upon history and the quality of our work. We strive to create meaningful relationships with our clients, develop individualized solutions, simplify the immigration process, and successfully attain visas of all kinds.

Our firm specializes in global immigration solutions for high net worth individual investors, small and medium-sized U.S. firms, entrepreneurs, start-ups, educational and non-profit institutions, artists, athletes, multinational firms, individuals, and families. We utilize our experience and track record in combination with a focused and holistic approach to migration planning, making us an invaluable strategic partner to our clients.

At the Law Offices of Fariba Faiz, you will receive individualized attention and strategic planning as well as candid advice from a seasoned immigration attorney. We also provide all clients with a transparent and efficient process, value-added fixed pricing, and aftercare business packages.

The experience, knowledge, and techniques utilized by the Law Offices of Fariba Faiz make us an ideal partner for all immigration practice areas including: 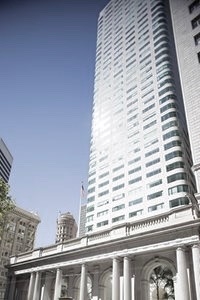